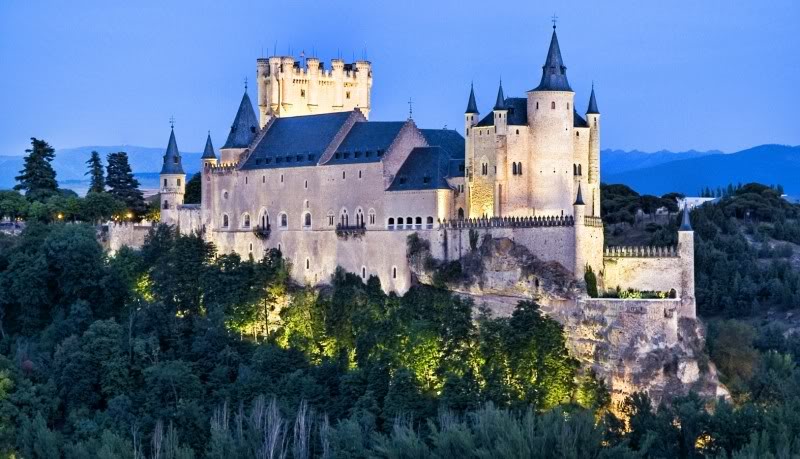 In 1985 Segovia was included in the list of important and protected monuments of UNESCO Cultural Heritage.

The city founded in 700 by Romans became the residence of Castile Kings in the XV century. Here Isabella Kastilskaya was crowned also was proclaimed about inquisition setting up in Spain, Ferdinand Aragonsky and also Philip II got married here.

Every epoch left mark in the history of the city. Romance and Gothic churches, fortifications, the Cathedral, unique historical center, narrow streets, palaces and monasteries of different styles are a kind of mixture of Christian, Jewish and Muslim cultures.

The main feature of Segovia is the Roman aqueduct constructed more than 2.000 years ago. The aqueduct provided the city with water from Riofrio River until the end of the XIX century. You can enjoy with  a lovely view of the aqueduct from Akorekso Square.

One more sight worth of visiting is Alkasar. It is a lock served as first as a fortress, then as a royal residence, after as a prison and finally as a school of artillery. Since 1953 Alkasar is adapted as a museum.

Being in Segovia you have a chance to taste the real Segovia sucking- pig. It is delicious dish famous from ancient Roman time. Starting from 17 century the dish became traditional and now days each menu has it in the list as the main gastronomy feature for tourists.