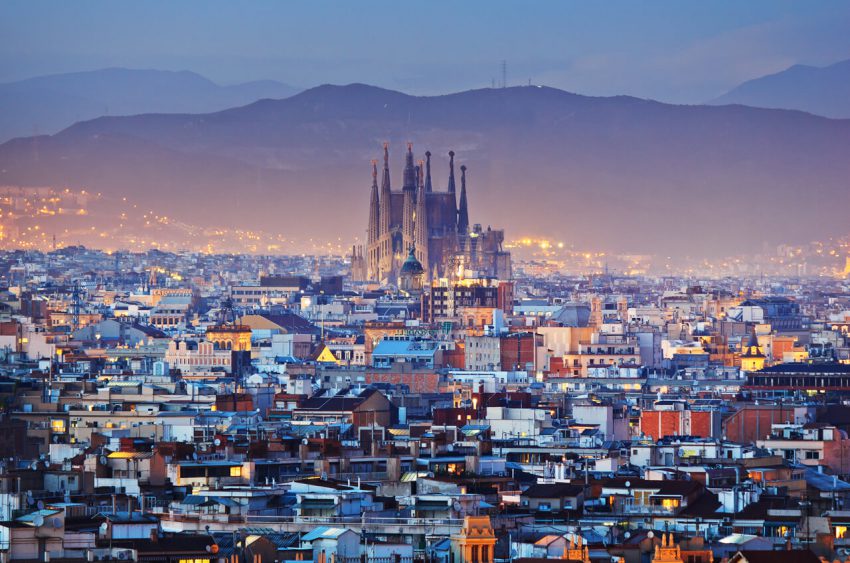 Barcelona Spain history is great and glorious. Right from the start it has been the history of a very important settlement. The most interesting thing seems to be – the remains from the early Chalcolithic and Neolithic periods. The Laietani (Iberians) settled on the Taber hill (modern Ciutat Vella) and at Laie, situated on the Montjuic.

There are two legends of Barcelona history. The first legend of history of Barcelona affirms that the city started its existence 400 years before the creation of Rome. It is considered, that the mythological hero Heracles, travelling with the Argonauts led by Jason, founded this Mediterranean city. The reconstruction of Barcelona, as it is explained, was realized, in the III-th century, by Hamilcar Barca – Hannibal´s father. It is supposed, that the general Barca named the new city – Barcino. At the same time, the etymology of the new toponym in the history Barcelona, is derived from the Iberian root Barkeno. 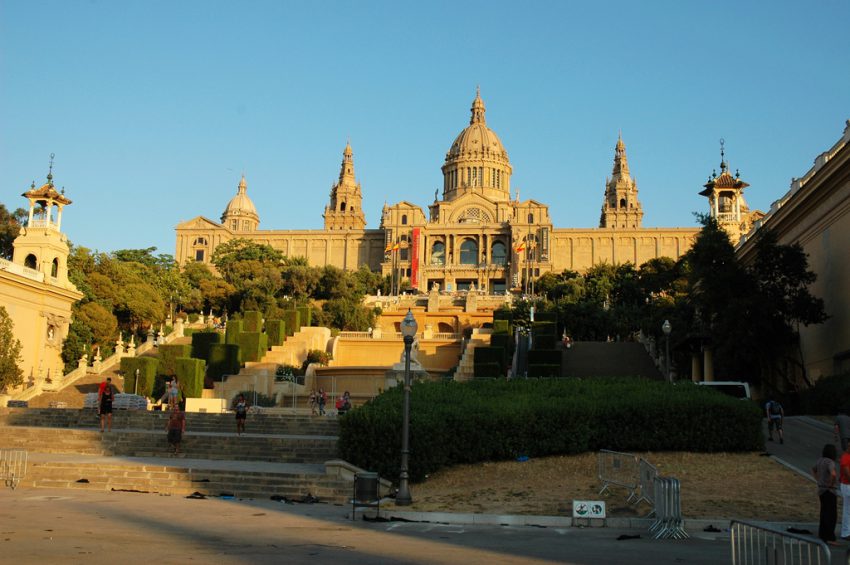 The famous antique commander Hamilcar Barca started the chronicle of the Barcelona city history. In 237 B.C., he settled his military camp on the local seashore and, being asked by his soldiers, named the camp after his nick name Barcino (quick as lightning), because of the rapidity of his army movement. No objections followed. Under the Romans, the city was a small fortress, and was called Colonia Faventia Julia Augusta Pia Barcino. It was smaller and less important, than the neighbour Tarraco (modern Tarragona).

Nevertheless, the very convenient geographical location, and namely – its famous harbour, conditioned the growth of its´ wealth and importance. Barcelona culture and history can be observed in many historical facts, such as the possession of its´ sovereignty, because the city coined money. The importance of the city has been expressed as well, in its´ architecture, even from the antiquity. One of the examples is el Barrio Gótico in the centre of Barcelona. The map of the historical city centre shows the typical Roman planning. The planning of the Barri Gótic is a maze of narrow streets, entering into small squares. (Nowadays, the Gothic Quarter as well as la Rambla is problematic for tourists, because of pickpocketing.) Some Gothic columns still stand conspicuously near the Barcelona travel agency. In the V-th century, the Visigoths, led by Ataulf, conquered the city, which became the capital of the state, for a short time. In the VIII-th century, having defeated the Visigoths, Moors took the possession of Medieval Barcelona. It is said in the Arabic annals, that the battle, called the Battle of Guadalete, named after the river Gadalete, took place in 711. Numerous disagreements in the Visigoths’ army, as it is mentioned, was the main reason of their defeat. In five years after the invasion, Moors conquered nearly the totality of the Iberia peninsula. One of the first things to do was the new emission – the Muslims coined their own money. Being interested in southern Spanish lands, the new sovereign settled mostly in that region, not paying much attention to northern Barcelona. This is the reason, why it was not so well developed as the cities of al-Andaluz. This is also one of the most important historical facts about Barcelona.

The son of Charlemagne – Louis the Pious conquered Barcelona in 801. Within the borders of the captured territory, the Spanish Marches was established. Later, in 865, the territory became the hereditary County of Barcelona. From the history of Barcelona city we learn, that the city of Barcelona, because of its capital fortification, was well protected. That fact permitted the growth of its prosperity, together with the increasing power of the Barcelona March Counts. 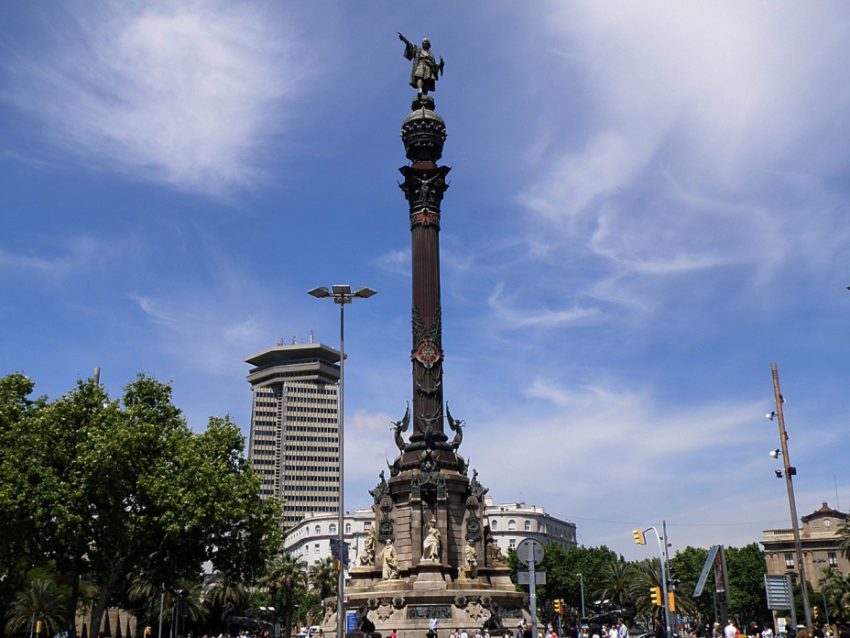 In the middle of the XV-th century, after glorious voyages of Columbus, with the colonization of the New World, the importance of the Mediterranean cities diminished. The unification of the royal power by Madrid, after the marriage of Ferdinand II of Aragon and Isabella I of Castile (1469), made the process of decline of Barcelona, even more notable.

In the XVIII-th century, however, Barcelona regained its importance, being a big sea port. One of the Barcelona history facts is that it played an important part in the industrial revolution, being situated near brown coal deposits. In the 1812, Barcelona was taken by Napoleon and belonged to the First French Empire till the defeat of the conqueror, in1814. In 1888, the Exposición Universal de Barcelona was held in the city. The process of urbanization took place and Barcelona was extended from Parc de la Ciutadella to Barceloneta. 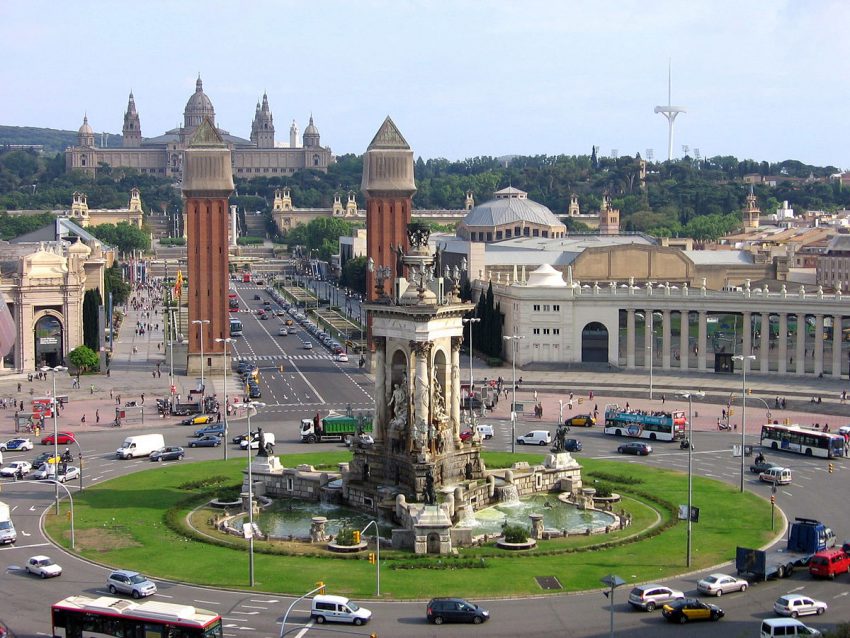 The XX-th century is considered to be the real revival of Barcelona and its culture and industry. In 1929 Barcelona received another World Exhibition. During the Civil War, the republican Barcelona was defeated by Franco troops. From the middle of 1970-ties Barcelona regained its status of an important world cultural, political and scientific, tourist and industrial centre. Barcelona history and culture is worth studying and admiring. 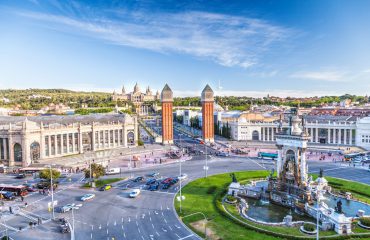 Top 10 Things to do in Barcelona