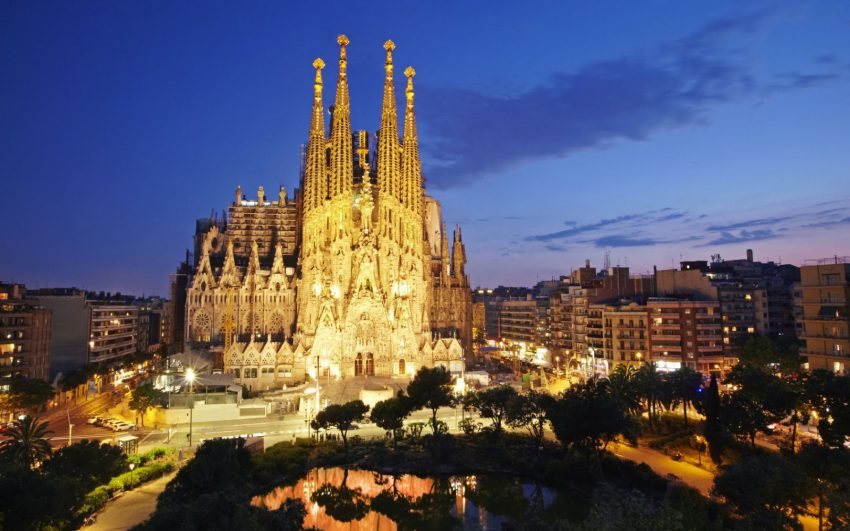 Sagrada Familia Barcelona is a huge Roman Catholic church which is designed by Antoni Gaudi. This unfinished temple is a part of UNESCO World Heritage Site and was consecrated by the Pope Benedict XVI in the year 2010. This temple attracts visitors from all around the world. The history behind the construction of the Sagrada Familia has been so long that it only makes the visitors more curious to learn about it. Here is a brief understanding of the history behind the Basílica i Temple Expiatori.

History and Architecture of Sagrada Familia

The beginning– The start of the Expiatory Temple of the Holy Family, begin in the year 1886. Josep Maria Bocabella i Verdaguer discovered the spiritual association of devotees of Saint Joseph. The first stone was set up on 19th March 1882 at St. Joseph’s Day in a lovely ceremony hosted by the Josep Urquinaona, Bishop of Barcelona.

In the year 1909, Gaudi started building the Sagrada Familia provisional school buildings for the children on the south-west corner. A model of Nativity façade was showcased in the Paris exhibition. In 1925, the first bell tower was finished which was, unfortunately, the only tower Guadi saw finished. He died the next year and was buried in the Chapel of Our Lady of Mount Carmel in Sagrada Familia’s crypt. In all his working years, he collaborated with many architects, sculptors, modelers etc. 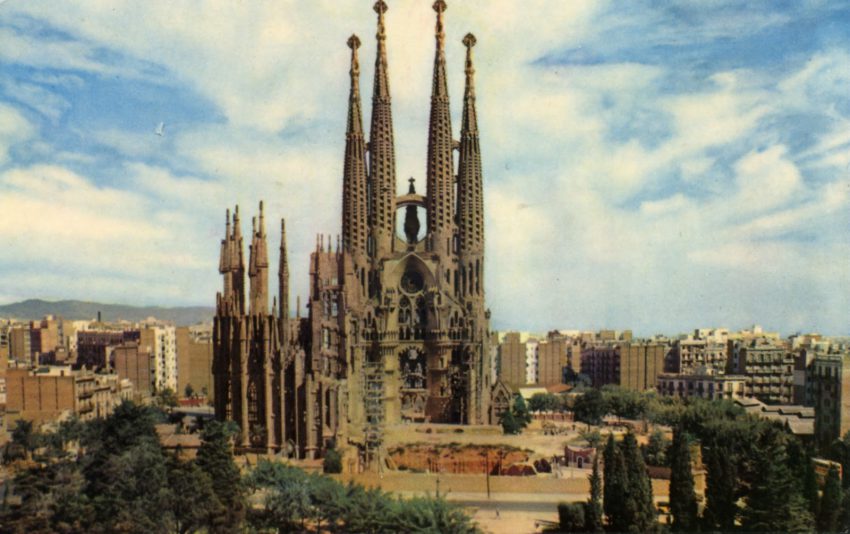 After the death of Gaudi, Domenec Sugranes took over the project and worked until 1936.
In 1936, during the time Spanish Civil War, the revolutionaries, put fire to the cry which resulted in the destruction of the provisional school. The workshop was also buried and all the plans and photographs were destroyed.

After the Spanish Civil War incident, many architects worked on the building and the construction slowly continued. In the year 1955, the first fund-raising drive was organized to collect money for the construction. This initiative became very successful and ever since then the fundraiser was organized every year and took the construction of the Sagrada Familia to speed. On 19th March 1958, on Saint Joseph’s day, several statues made by Jaume Busquets of the holy family was set up. Later in 1968, Josep Maria Subirachs was put in charge of creating the sculptures and statues to put on the passion façade.

The work in 21st Century:

The transepts and vaulting in the central nave were completed and the construction of the Glory Façade began. The same year a mass was organized in the temple which showed the magnificence of the whole site.
In the year 2001, the Passion façade’s main window was completed by Joan Vila-Grau who installed stainless glasses representing the resurrection. The crossing columns were also completed in the same year.

In the year 2002, Gaudi and his great work were celebrated with the city council of Barcelona hosting International Gaudi Year to celebrate his 150th birth anniversary. The expiatory temple of Sagrada Familia came up with a different initiative that included relocation, restoration and starting the Sagrada Familia schools building.
In the same year, the wall of the patriarch and prophets was completed by Josep Maria which was planned by Gaudi to be set up on the Passion façade’s top porch. In the year 2005, he completed the sculpture that represented Ascension between the towers of the Passion façade. The same yea,r the windows were installed in the central nave and a Japanese sculptor Etsuro Sotoo completed the Eucharistic symbols of bread.

In the year 2006, the choir present in the Glory Façade was completed completely on the planned model by Gaudi. The ambulatory’s vaulting surrounding apse was later completed in the year 2008. The vaulting which is present around the apse and crossing was completely finished in the year 2010.
The year 2010 is seen as a milestone year for the Sagrada Familia’s history. Because in this year the temple was blessed as a worship place by His Holiness Pope Benedict XVI. 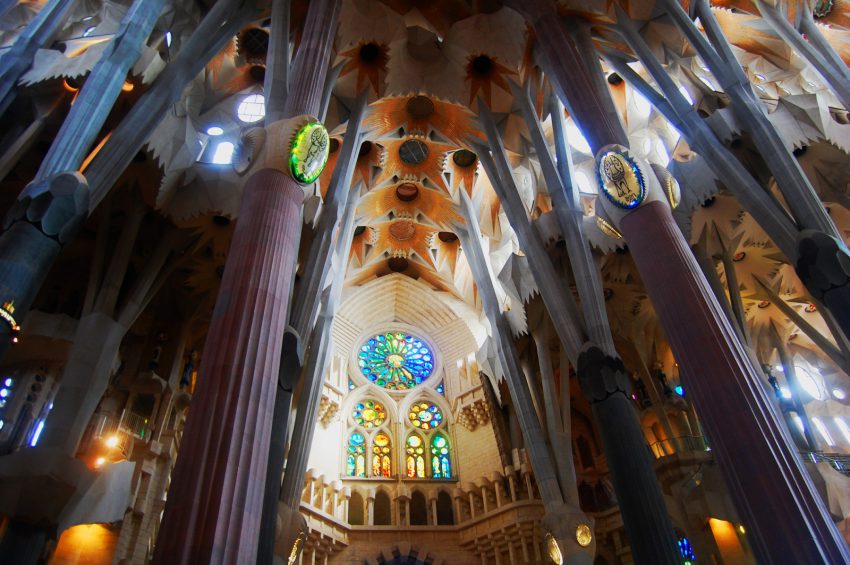 The present scenario of the Sagrada Familia:

Currently, about 70% of the work of the temple is completed, and the aim is to complete the architecture soon. In 2016 following constructions were completed-

Towers of evangelists – There are four towers that stand at the height of 76 meters. The goal is to take the height to 135 meters by the year 2020.
Tower of Virgin Mary – The tower is currently growing up from the apse. The middle of the tower will be at 135 meters and the tip will be raised at 140 meters.
Tower of Jesus Christ – The tower of Jesus Christ will be the tallest of all the towers with the height of 172.5 meters.

In the construction of Sagrada Familia Barcelona interior Gaudi, some great combination of lights are used to enhance the grandeur of the architecture. The sun rays falling on the pinnacles of the windows and towers. The growing sun brightens up the Nativity façade’s portals. The chemistry of lights and shadow when the sun is setting gives the façade a whole dramatic character. During the day, the Glory facade gets the sun shine on the 16 lanterns placed on the monumental porch and brightens the Basilica’s entrance. Gaudi believed that colors express different phases of life and this is the reason why he put so much emphasis on the Church of the Holy Family. 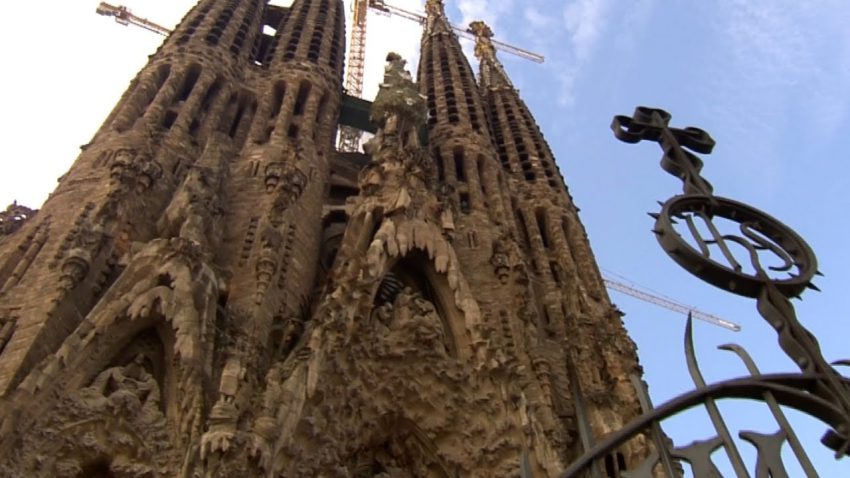 Basilica and Expiatory Church of the Holy Family is an absolute sight to take in and its history makes it even more interesting. However, the church is not the only place that will catch your attention here or the only place to explore. Barcelona is filled with beautiful and interesting sites to explore. Every nook and corner of this town have something beautiful to offer. So when you visit Sagrada Familia Barcelona, here are some other places close to it that you would definitely want to explore.

Barcelona is undoubtedly a beautiful place with a beautiful culture. May be this is the reason why this city is so popular among the travellers. This historical monument adds to the ethnicity of the place and the rich history of this unfinished church makes it even intriguing. If you find yourself in Barcelona make sure you definitely visit Sagrada Familia. 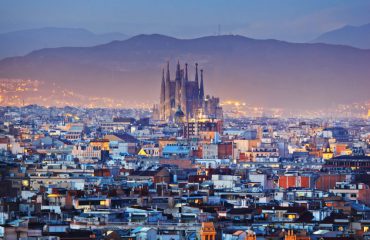 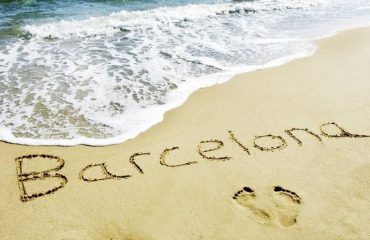 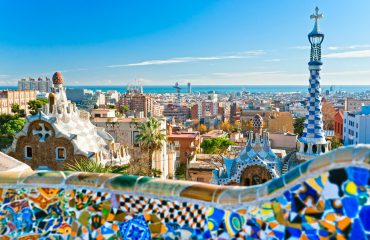